Home » Youth » My Hunt at Tonevale

My school friend informed me about an upcoming junior hunt organised by The KZN Hunting Shooting and Conservation Association, as part of Wildland’s ‘Doppie vir die Jeug’ project. It sounded very exciting. I had my first-ever opportunity to hunt an animal, so I eagerly accepted the invitation to join my friend Anro Henn and Oom Jan de Man on this hunt.

We left Durban early on a Thursday morning during the July 2018 school holidays, driving all the way up to Tonevale Farm just outside Empangeni in Zululand.

When it was my turn to hunt, we waited and kept still for a long time before we saw any animals. Somehow, all the animals ran away soon after being spotted by us. Until, on one occasion, all the animals ran away except for an Impala. I immediately prepared myself for a shot. I had to wait for about 15 minutes before I had a clear shot on the Impala. When I got the go ahead from Oom Jan to eventually take the shot, I slowly squeezed the trigger and heard the shot. I was not sure if it was a hit or not until I heard the guide shouting excitingly “Yes!” At this point I knew I had my Impala in the bag. It was as if our luck had changed after a very quiet morning in the veld.

After my hunt, we went back and enjoyed a great afternoon meal and a rest by the campfire.

The next day, it was my friend’s turn to hunt. We walked and eventually found an Impala for him to hunt. My friend took the shot but unfortunately the Impala took off. We tracked his Impala for about 45 minutes until we found it.

During our hunt at Tonevale we saw Rhinos, Giraffes and a lot of other game. I would like to thank the KZN Hunting Shooting and Conservation Association, Oom Jan de Man from Wildland’s ‘Doppie vir die Jeug’ project and the Mattioda family and staff from Tonevale Game Farm for this great opportunity to experience a real hunt. I will remember this hunt forever, and I cherish the Junior Hunters Handbook that I received from the KZN Hunting Shooting and Conservation Association. 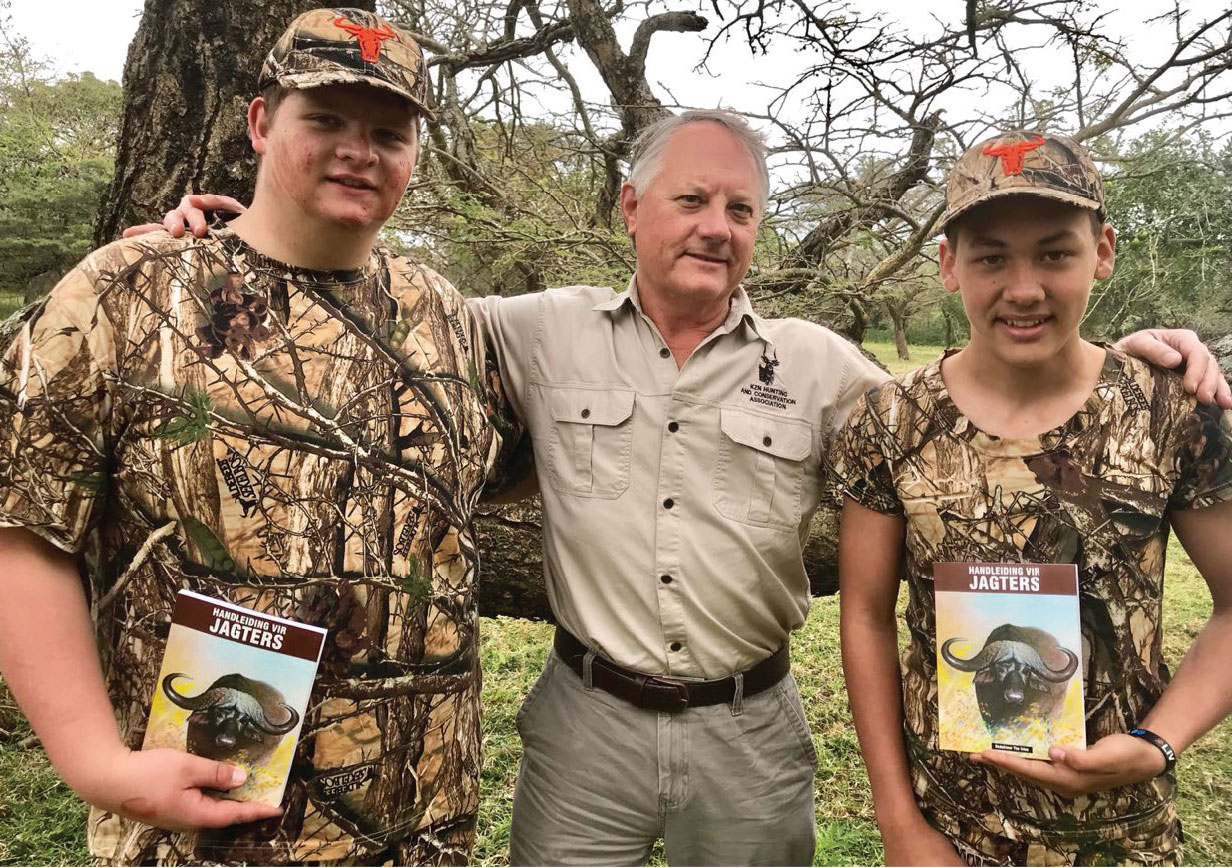 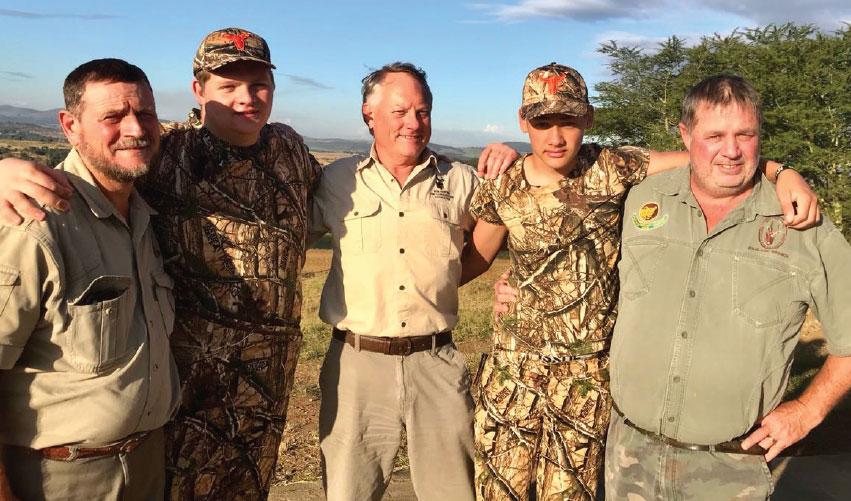 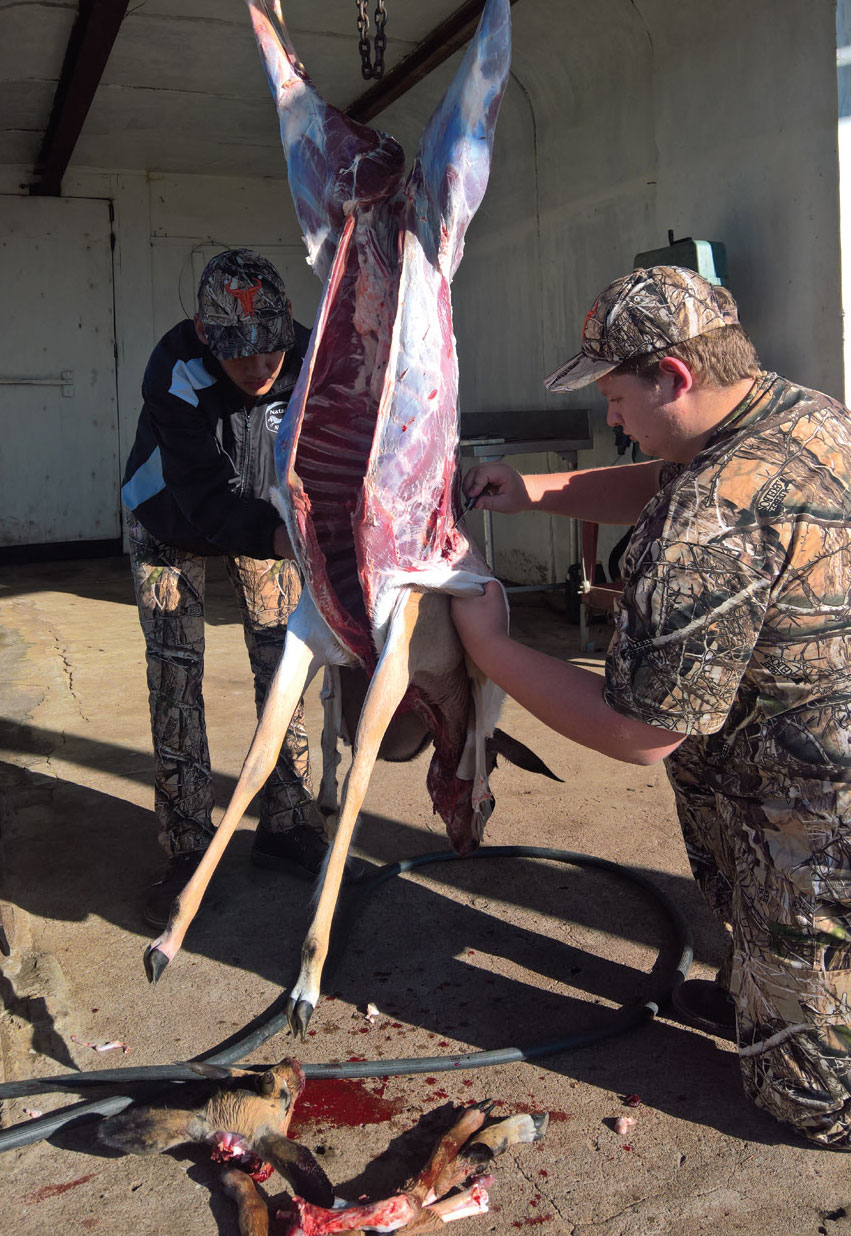 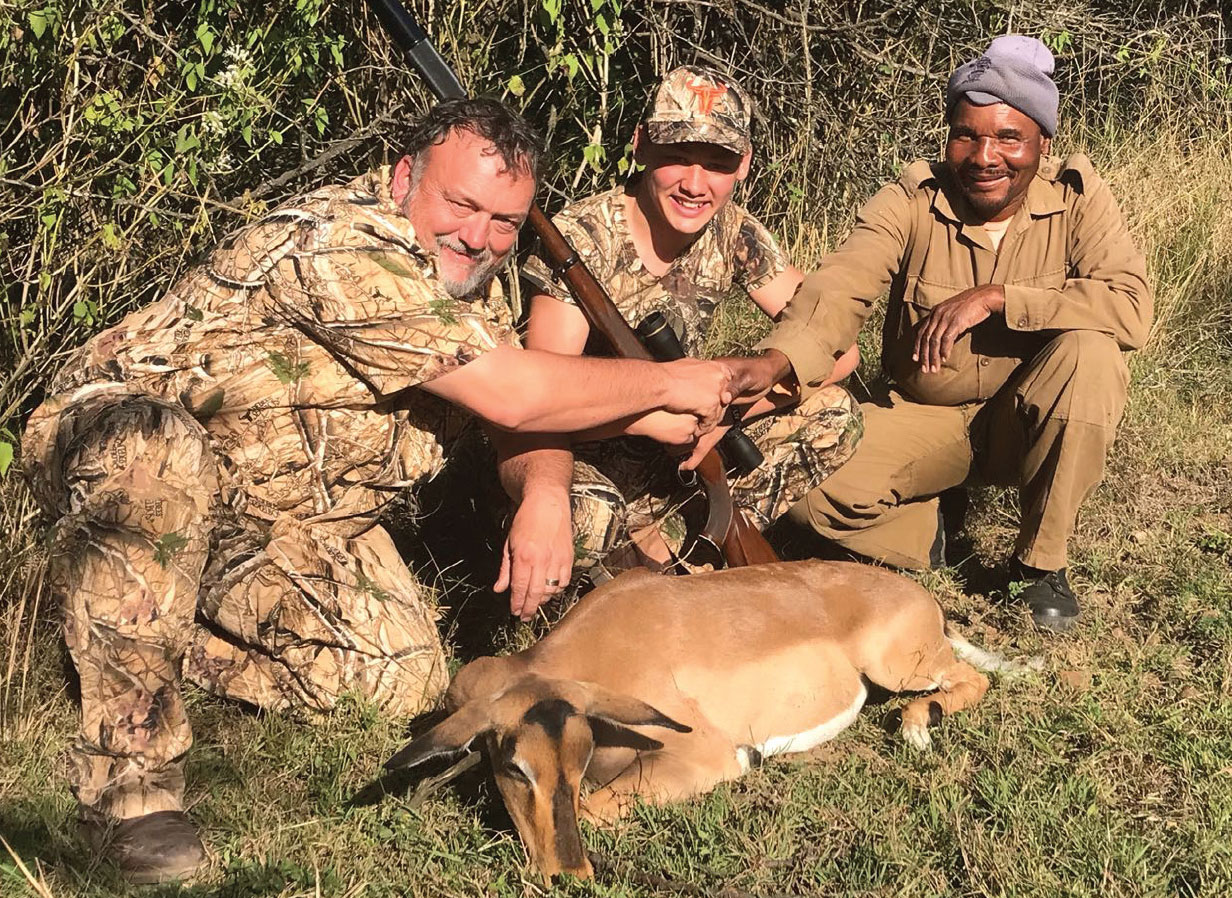